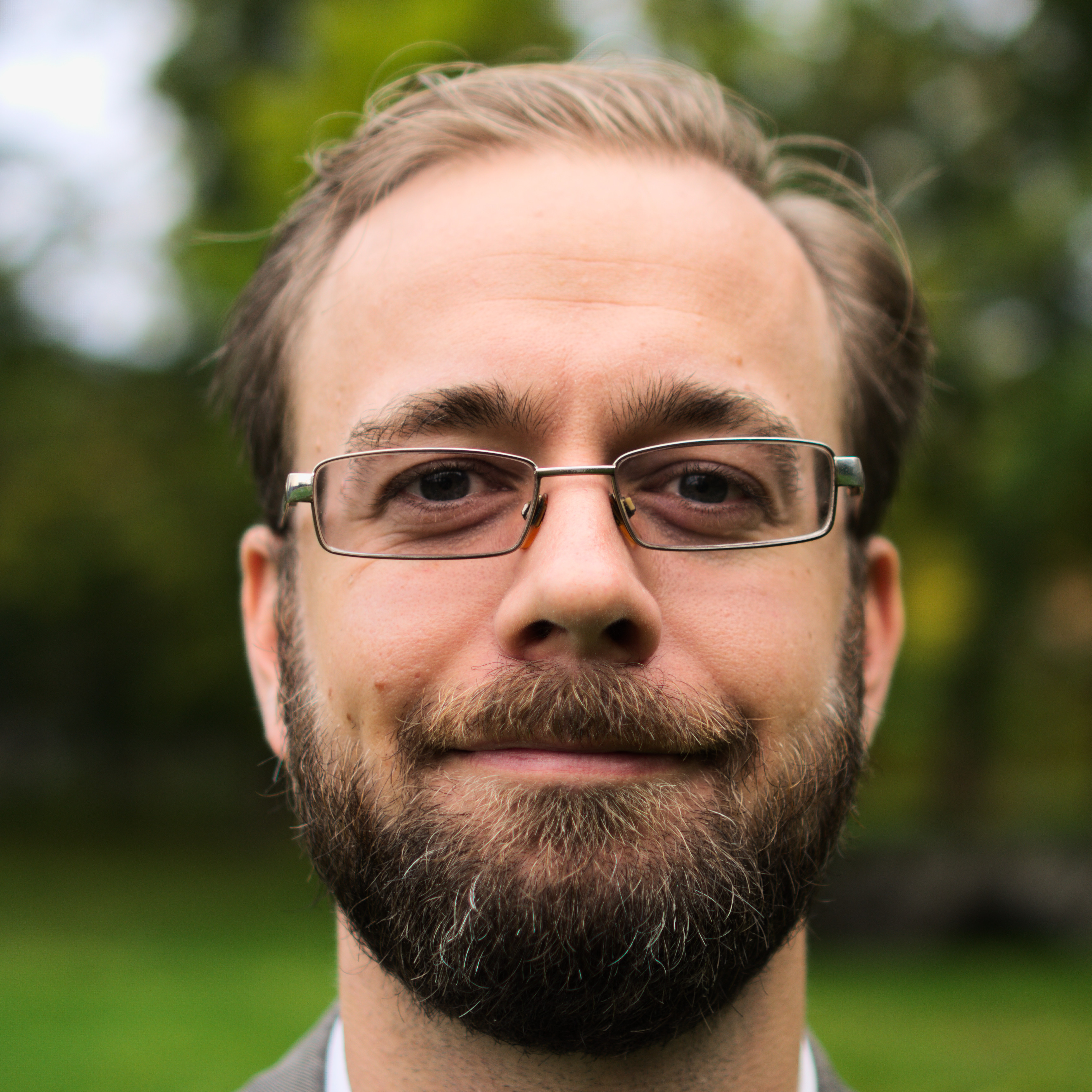 The aim of this project is to create a research group that using probabilistic learning methods addresses the needs introduced by the surge of less expensive sensors, and in the process to complement the existing group with competence in computer science and more knowledge of hardware. The goal of the proposal is to perform agile development of theory for emerging applications with early demonstrators and active involvement of students.

Sensor and information fusion is a mature area with its own society (ISIF) and conference (FUSION). The subject has advanced in stages. In the 1960's, the Apollo program and aerospace applications drove the development. It resulted in algorithms such as the Kalman filter (KF) and the extended Kalman filter (EKF), which are still important corner stones in the field. The next advancement was in the 1990's, when the development of faster computers led to better methods to handle nonlinear problems. The unscented Kalman filter (UKF), a development of the Kalman filter methodology, and the simulation based particle filter (PF), are examples of methods developed during this time. At the same time the focus shifted towards automotive industry, which in many ways can be considered the driving force in the early 2000's.

LiU, and the Division of Automatic Control in particular, has a strong position in the field developing both theory and applications. Sensor fusion has been an explicit research area in large research projects such as ISIS, MOVII, LINK-SIC, CADICS, and Security Link since 1995, and more than 200 MSc projects have been preformed in the area. Since 2010 there is an undergraduate course called Sensor Fusion with approximately 40 students attending each year. A success factor has been the ability to combine high quality theoretical work with relevant and successful applications, e.g., in the aerospace and automotive settings. The result has been a number of well cited journal articles and successful spin-offs, such as NIRA Dynamics (market leading in indirect tire pressure monitoring) and Senion (indoor localization solutions).

Since 2010 there has been another shift in attention in the field towards smart devices, including smartphones, augmented and virtual reality (AR, VR), drones, intelligent hearing aids, etc. In the future internet of things (IoT) devices and Industry 4.0 are expected to gain popularity. An enabler is the availability of an abundance of inexpensive sensors and computational resources.

Algorithms targeting this type of applications are required to be efficient, as computing power and batteries are limited, and robust, to compensate for individual sensor variations. At the same time, it might be necessary to identify sensor parameters on the fly or create sensor models from data alone using machine learning inspired methods. Offloading computations to the cloud is one option to address limited computing power. To provide general solutions requires skills in sensor fusion and computer science, as well as, familiarity with hardware. Short of this, many of the solutions in use today are rather ad hoc, designed to address a specific problem using a specific sensor.

The aim of this proposal is to initialize the creation of a research group that performs basic research focusing on challenges introduced by imperfect sensor models and their implications to state estimation, and in parallel demonstrates the results using relevant hardware. The inspiration comes from the PI's experiences working at DFKI and FOI, experiencing the problems described above first hand. The topic is important in order not to miss out on the potential of the new technology, and as a reaction to the increasing importance of being able to demonstrate results in demonstrators to attract funding.

To deal with the imperfect sensor models requires both development of new theory and solving practical problems. The project aims to develop a theoretical framework for probabilistic learning of the sensor models. Data driven machine learning algorithms adapted to the stochastic signal processing framework will be considered as a mean to acquire the necessary models. In some cases, big data aspects must be considered, e.g., efficient methods for offloading some of the computations to the cloud.

The goal of the proposal is to perform agile development of theory for emerging applications with early demonstrators and active involvement of students, e.g., utilizing the Sensor Fusion app to achieve this.

The following areas have been identified as highly relevant and are currently pursued:

An important prerequisite to achieve this is to have access to realistic measurement data, which the Sensor Fusion app provides.

The vision is to establish a research group that performs basic research on these new challenges and in parallel demonstrates the results using relevant hardware, this way ensuring that LiU keeps its strong position also in emerging applications where low-cost hardware and cloud solutions are increasingly important. A key component is working with real problems and data, which inevitably reveals bottlenecks of existing theory and sparks new research directions.

Dissemination will include papers in the FUSION conference for basic research, application orientated conferences for demonstrators, journal articles for the basic theory with applications, and not the least apps that are spread using Google Play.

The research project is based on relevant industrial problem formulations. This is manifested in collaborations with representatives of local organizations.

One strategy to ensure relevant problem formulations and to establish contacts with industrial partners is to involve in MSc thesis projects with them. This establishes contacts with relevant people and identifies common interests that can evolve into long-term research collaborations. It is also a good way to test feasibility of ideas. The PI has since the beginning of the project been examiner for 11 MSc theses at FOI, 5 at Veoneer (former Autoliv, currently Arriver, in Linköping), 3 at Saab Dynamics, and one each at ABB, Einride, Husqvarna AB, Oticon, Saab Aeronatics, SIC IVP, Syntronic, UMS Skeldar, UniVRses, and Öhlins Racing AB. Interesting collaborations and problem formulations have resulted from these MSc projects, e.g., joint applications for funding for projects and industrial PhD student.

Major collaborations are outlined below:

Methods to better deal with the computational and communication complexity associated with estimation in large sensor networks using decentralized algorithms are pursued with the Swedish Defence Research Agency (FOI, Doc. Jonas Nygårds). The cooperation includes both joint work which has resulted in a conference paper published at FUSION 2018 [C2] and a jointly supervised MSc thesis project including two students [MSc1]. The FOI side of the project is financed by a FOI internal Security Link project, in which cooperation with the PI on this topic is a key component. Similar problem formulations are of interest to SAAB Aeronatics, and the industrial PhD student Robin Forsling (co-supervised by the PI). He studies the implications of limited communication ability in sensor networks and how to ensure consistent estimates under these conditions. The initial work has result in three papers presented at FUSION 2019, 2020 and 2022 [C3, C5, C10], a journal article in IEEE Transactions on Signal Processing [J7] and a licentiate thesis [Lic1].

Magnetic odometry as a method to support positioning in GPS denied environments is being pursued in collaboration with FOI (contact: Doc. Isaac Skog). First results were reported at FUSION 2018 [C2]. Additional funding has been acquired within Security Link to build a full scale prototype of the magnetometer array. Initial experiments with a first version of his hardware were conducted in collaboration between LiU and FOI in the spring 2020. Results have been published in [C8] and disseminated as part of a tutorial at IPIN2021 and at FOI. During fall of 2021 a second version of the prototype has been developmed, financed by FOI. This work has futhermore led to two new contacts at FOI in Kista, Felix Trulsson and Doc. Magnus Lundberg Nordenvaad with which there are ongoing discussions about continued collaborations outside this project.

A new collaboration with Saab AB (contact: Dr. Zoran Sjanic) has been initiated, in which robust navigation in GPS denied environments will be studied. Odometric measurements from vision sensors, will be used to support inertial navigation. Funding has been aqcuired for one PostDoc Jeong Min Kang who currently works on the project.

In collaborating with FOI methods for detection and mitigation of GPS jamming and spoofing are studied (contact: Jouni Rantakokko). This work was initiated as a MSc project [MSc2], supported by a FOI internal Security Link project based around the cooperation with the PI on the topic. The MSc student now works at FOI, and has continued the work started in the MSc thesis. The collaboration continues and has so far resulted in a joint conference paper [C4], and a follow up journal article [J8]. The article resulted in a well-attended webinar hosted by Institute of Navigation (ION). Furthermore, another MSc thesis student is currently working on the topic at FOI.

Algorithms to robustly detect harmonics in measurements of chassis vibrations have been developed by the PhD student Martin Lindfors, who was jointly supervised by Doc. Rickard Karlsson (NIRA Dynamics) and the PI. This has resulted in two conference papers [R‑C2, R‑C3], the licentiate thesis [R‑Lic1] the fall of 2018, and a follow up journal article [R‑J3]. WASP has provided the main funding for Lindfors work, whereas this project has provided means to extend the supervision and to deepen the cooperation with R. Karlsson. This cooperation funded by this project has, after the end of Lindfors' project, resulted in the development of an alternative method for speed estimation [J5], and joint work on how to use the results in a stand alone positioning system.

The Sensor Fusion app has been used by Mats Amundin (Kolmården Wildlife Park) and his MSc students to collect data used to analyze animal behavior. Their usage has been a driving force for the development of the Sensor Fusion app, and resulted in several challenging datasets exhibiting many of the issues which are within the focus of this project and which will be used to drive the algorithm development forward. The Sensor Fusion app was also used for rapid prototyping in the Vinnova funded project "Digital skallgång" (Digitalized Search and Rescue) to locate people in a search and rescue situation using their electronic signatures. It is also one of the data collection units in the Norrköping financed projecte "SenZoor", which aims to analyze visitor behavioral patterns at Kolmården Wildlife Park.

Initial contacts have been made and discussions been initiated with VitalSigns (contact: Jens Ohlsson), a start up company working with digital solutions for first aid and emergency care. A common interest in using mobile devices, e.g., a mobile phone, as sensor platform to improve the quality of performed first aid activities has been identified. Different ways to collaborate are currenly explored.

Altogether, the project intends to strengthen the current research group by introducing a new research platform for sensor fusion utilizing the applicants previous experiences of both theoretical development and industry relevant practical results.

The project is progressing on several fronts. Results up until now includes:

Publications related to the project

Publications tightly coupled with the project, but formally not funded by the project.